What was it about? – The fictional workplace sells personalized mugs and wall decals. Live Laugh Love. Smile every day. Unlike the slogans on the mugs, the hopes and emotions of the company’s five employees do not stay in line but fly out like birds against windows. The performance consists of aerial acrobatics, physical theatre, wings, weight, laughter and shame. What was important for me? – This production was a leap of faith for me. The original designer Janne had to go into a small surgery and that’s why they needed a replacement and fast. I was in Prague Quadrennial Festival when Alma called to me and I said yes before I knew anything about the production. This project was crazy, clever and full of surprises. We found the characters with the performers quite quickly and I learned a lot about circus elements and how they create their own dramaturgy. I wanted to give feathers for the characters that would be shown only or better in movement. Every character also had a specific bird as an inspiration. The sets were like a playground for the performers and there was lots of small details that the audience could notice. The performers could use different furniture and walls as circus equipment. 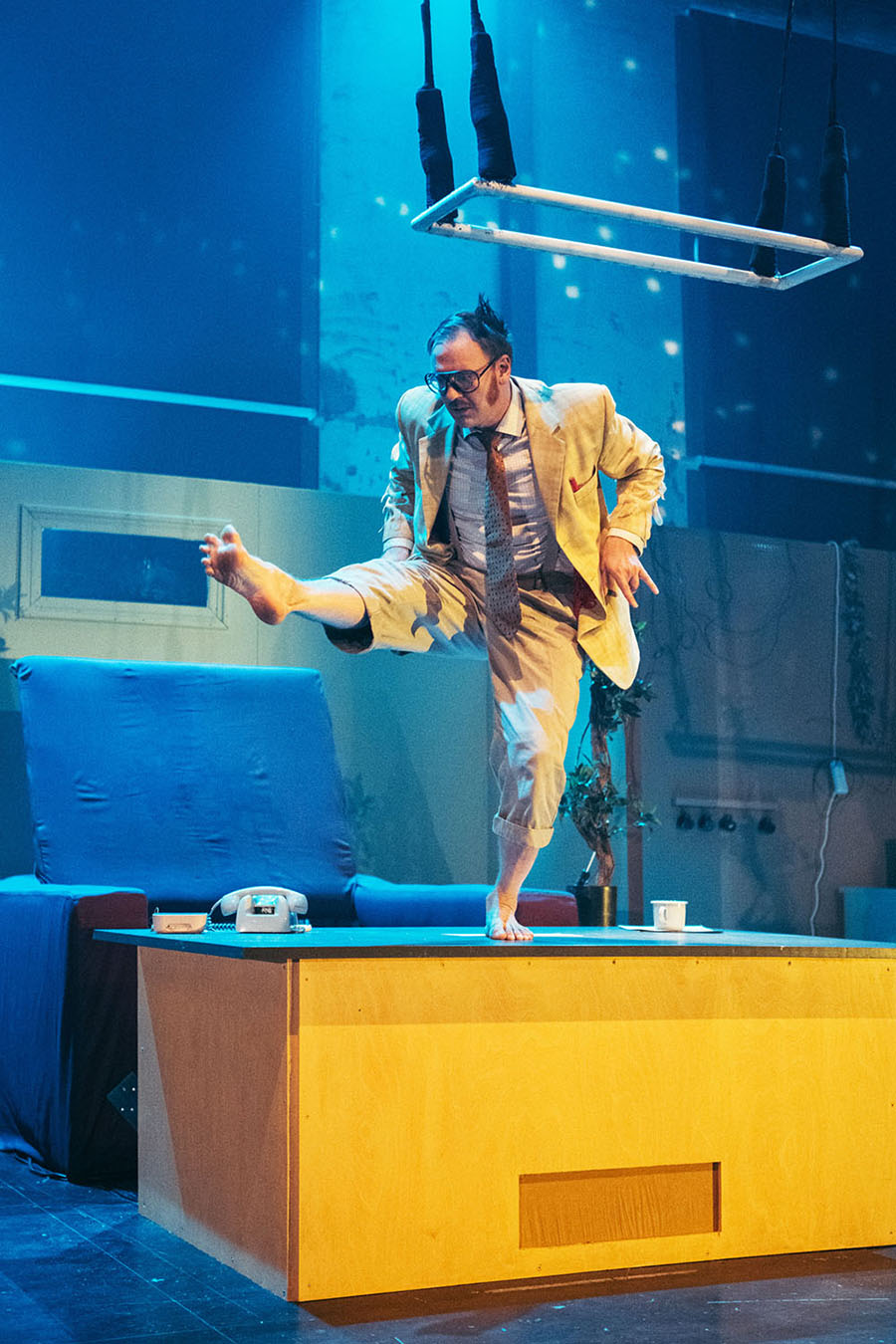 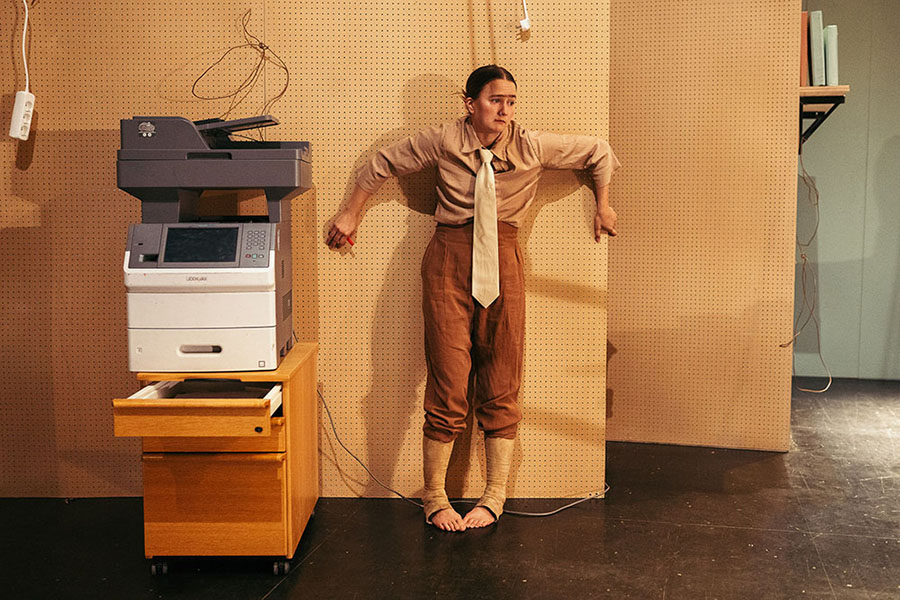 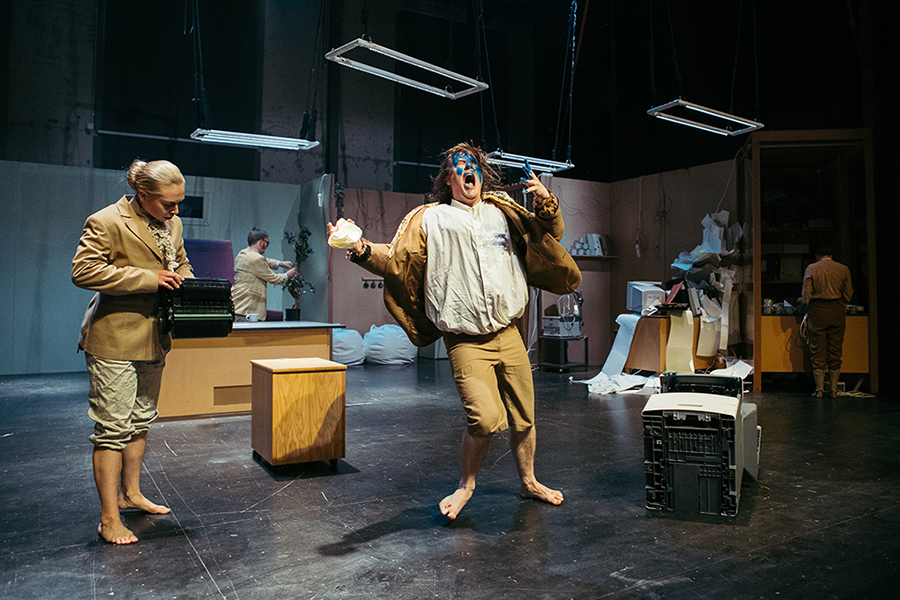 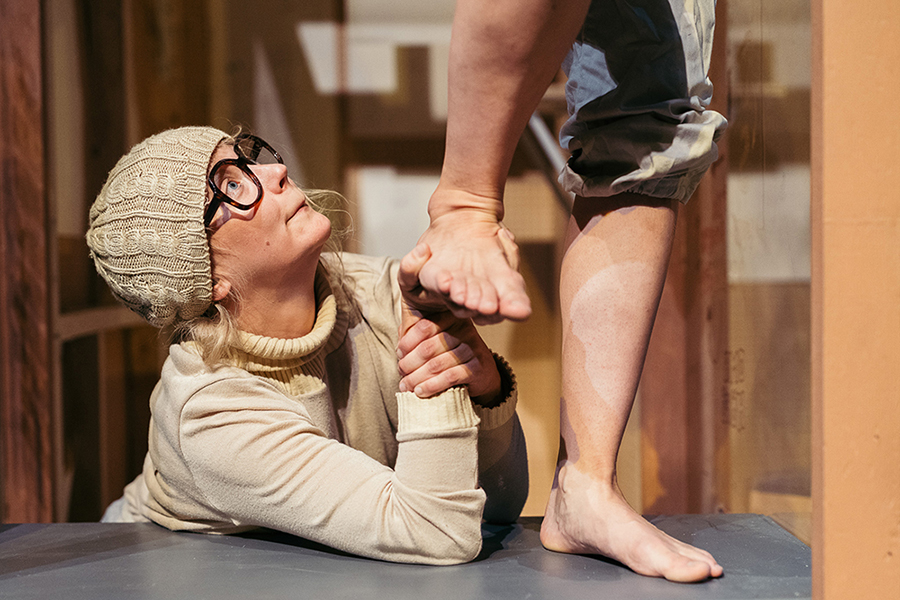 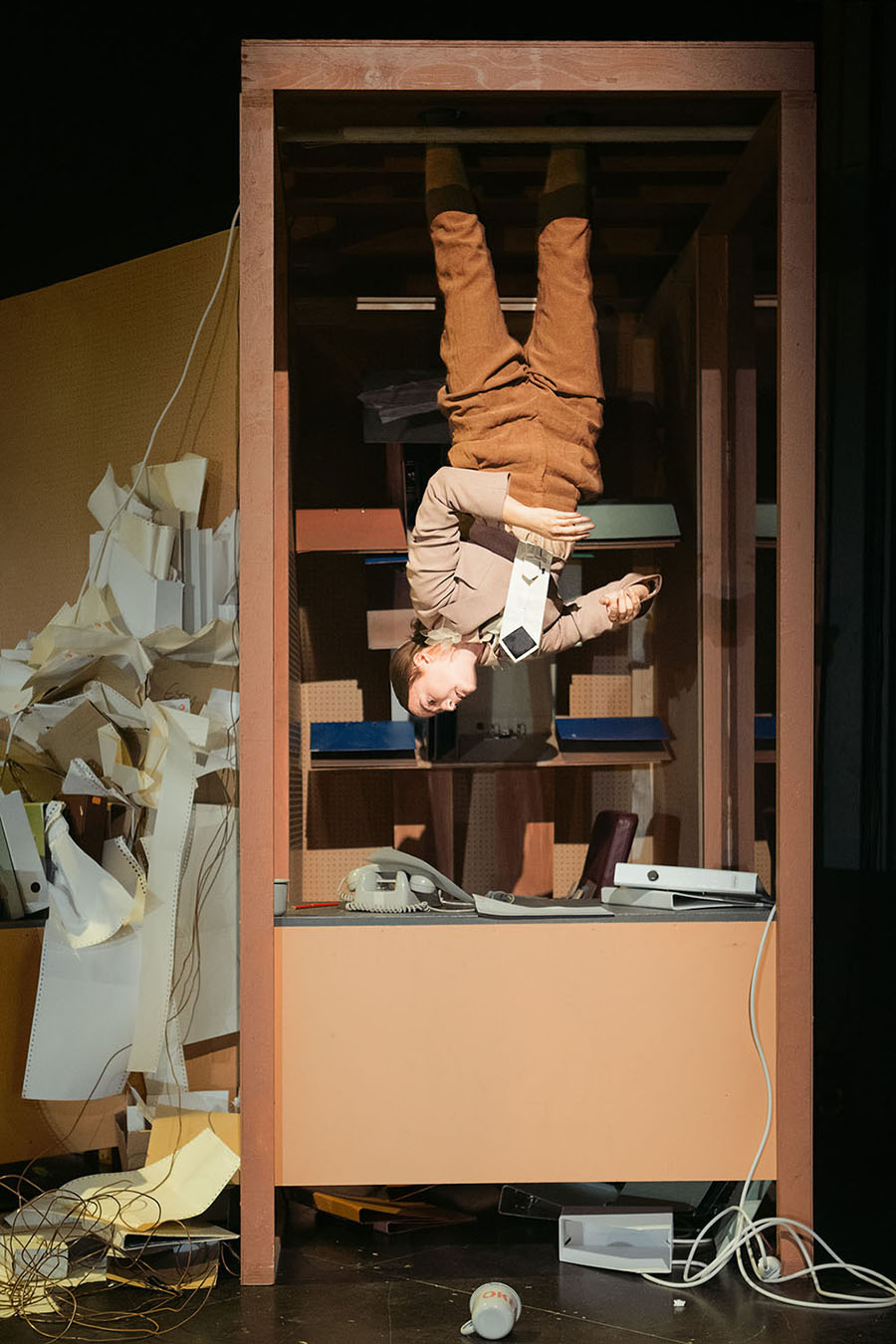 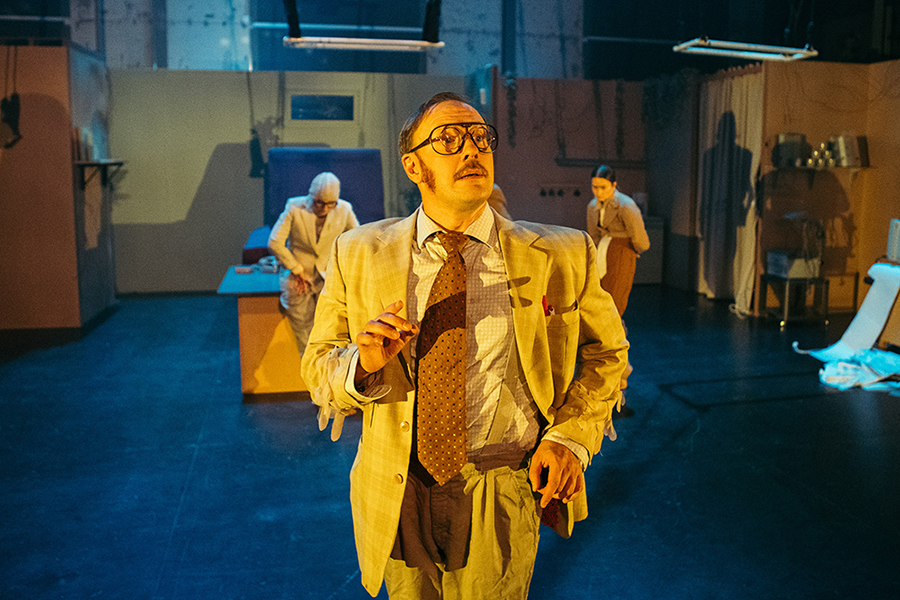