What was it about? – Modern version of the story of Salome, who demanded and received the head of John the Baptist. Our version pondered topics such as how gender influences the roles of actors and director, how female gender is built from pieces by different parties and how actors’ have to sell themselves with audition videos. At the end of the play, actors killed male director Johan Fastland. What was important for me? – I enjoy working with Juho and this was our first project together. The atmosphere with him is really ambitious but gentle at the same time. Also working with Sami was a pleasure and we designed the stage image together. I was inspired by religious symbolism and I loved how we created our own three saints. We had a photoshoot where makeup students helped to create my designs for our three actors and Sami took great photos of them. Inspiring for me was also the character of Johan Fastland who was a huge head played by all three actors. The character was not created by a specific actor but a specific costume that a little bit varied when different actors were playing him. Johan Fastland was killed so that the actors ripped of his eyes. I was writing my Bachelor’s Thesis about invisible male image in costume design process at the same time as Salome's rehearsals were going on. I got to work with the thesis’ topics in practice while I was writing it and that felt important. 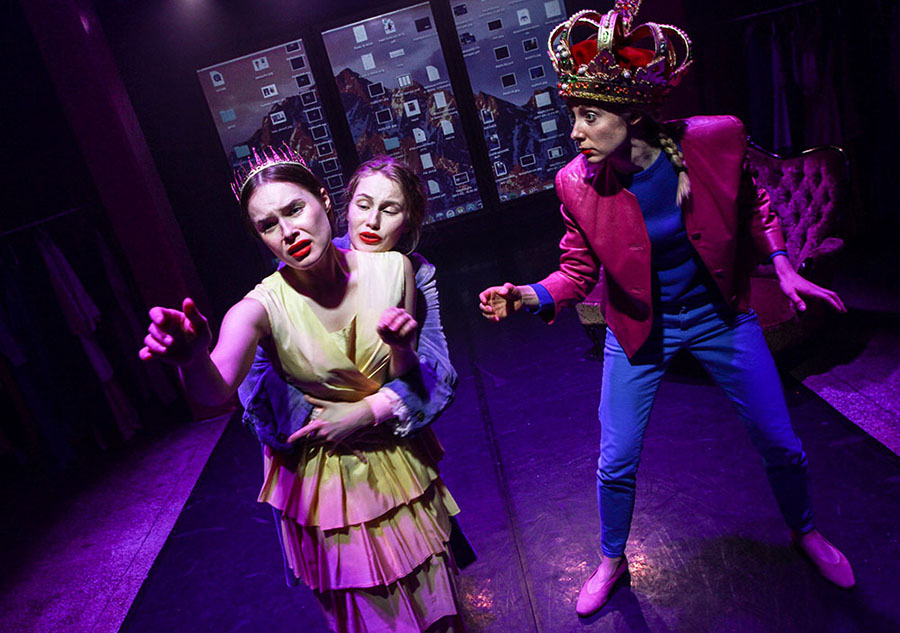 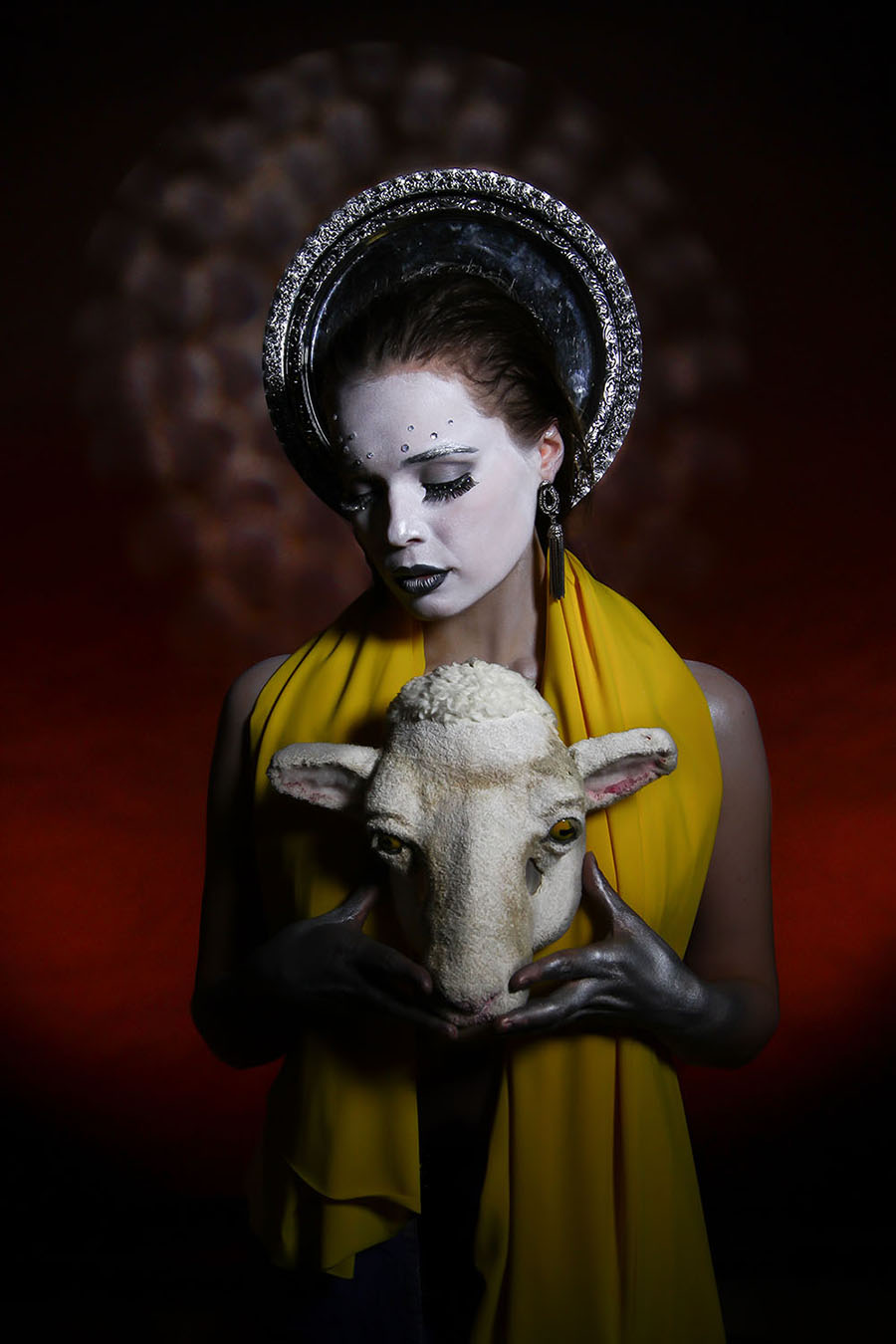 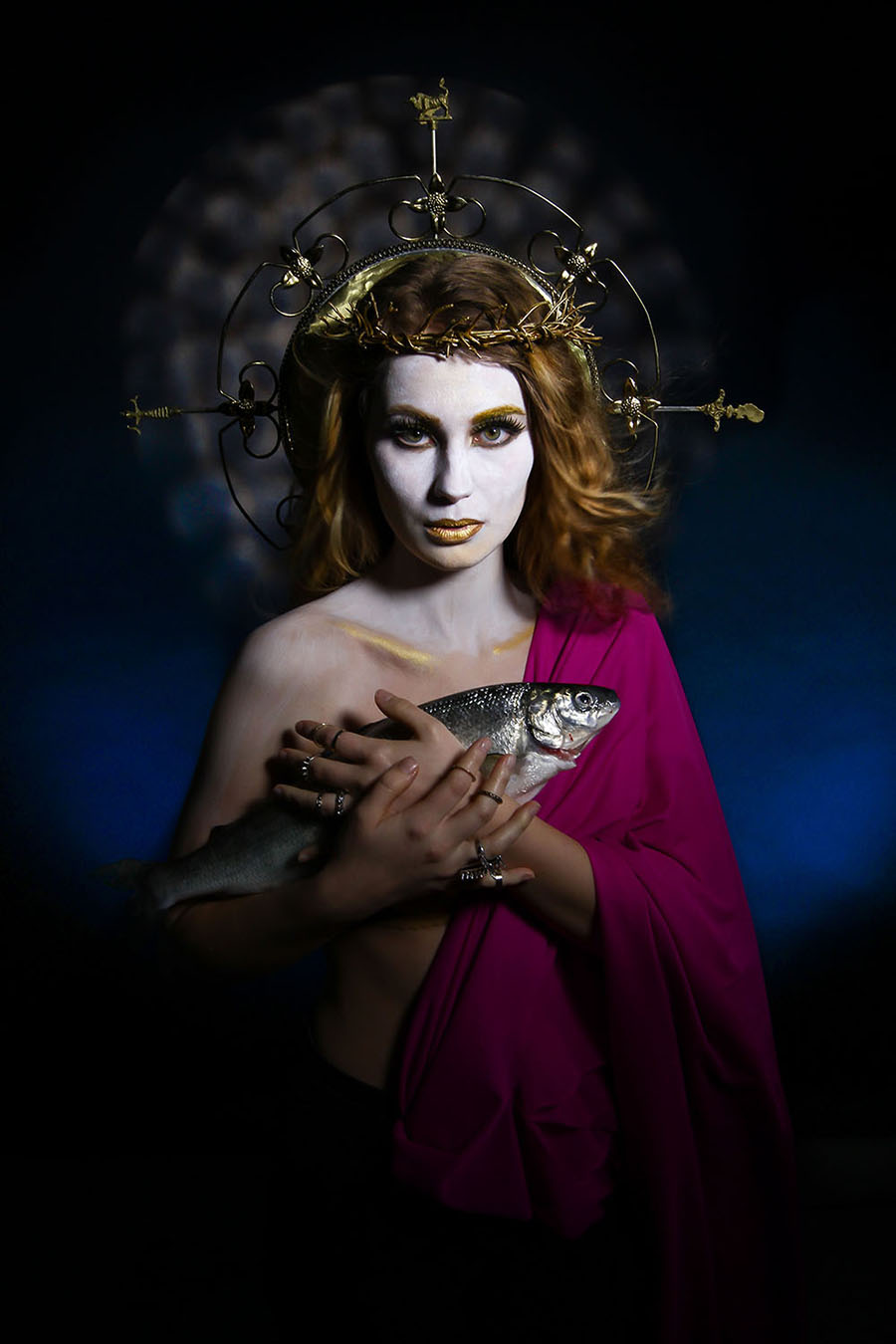 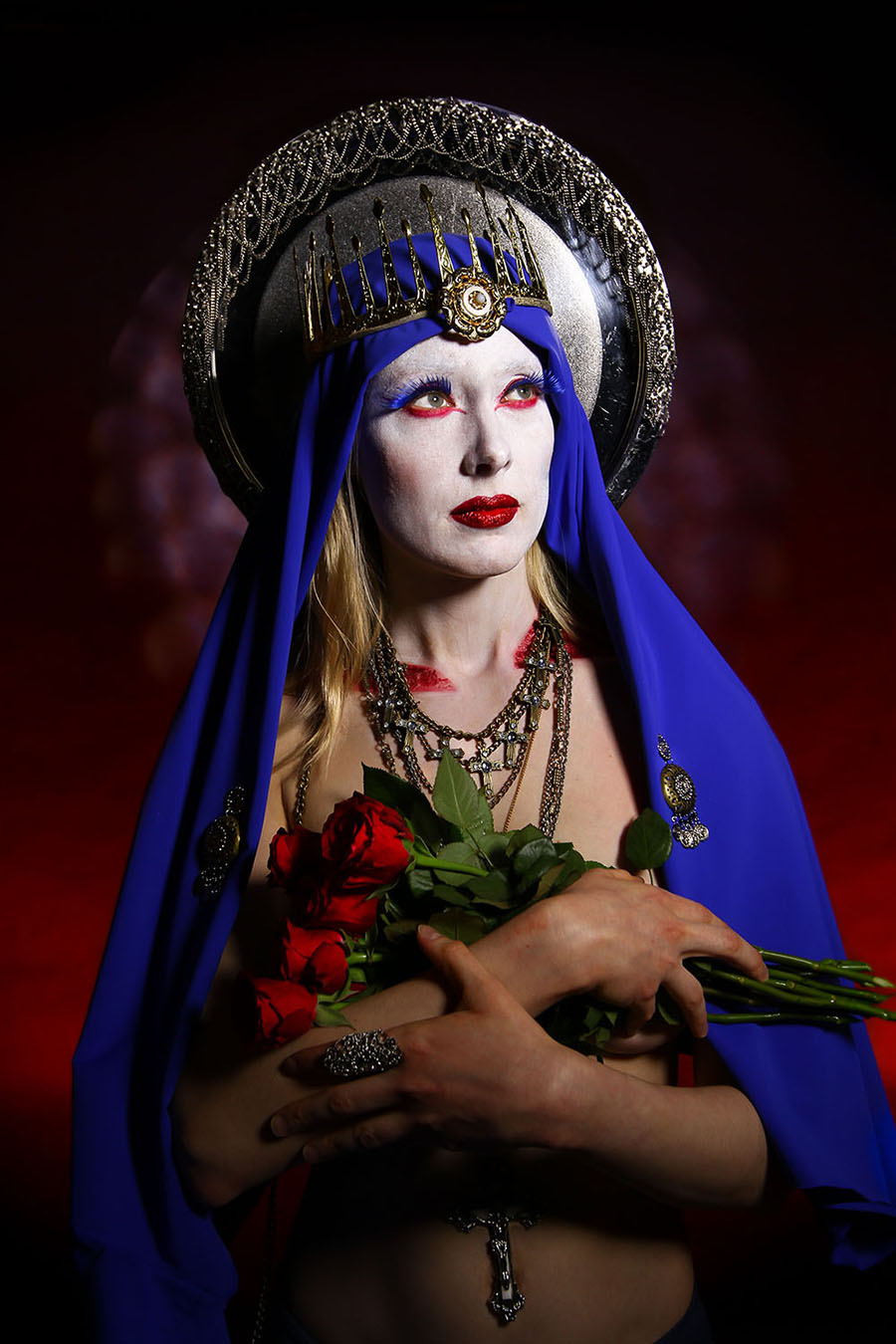 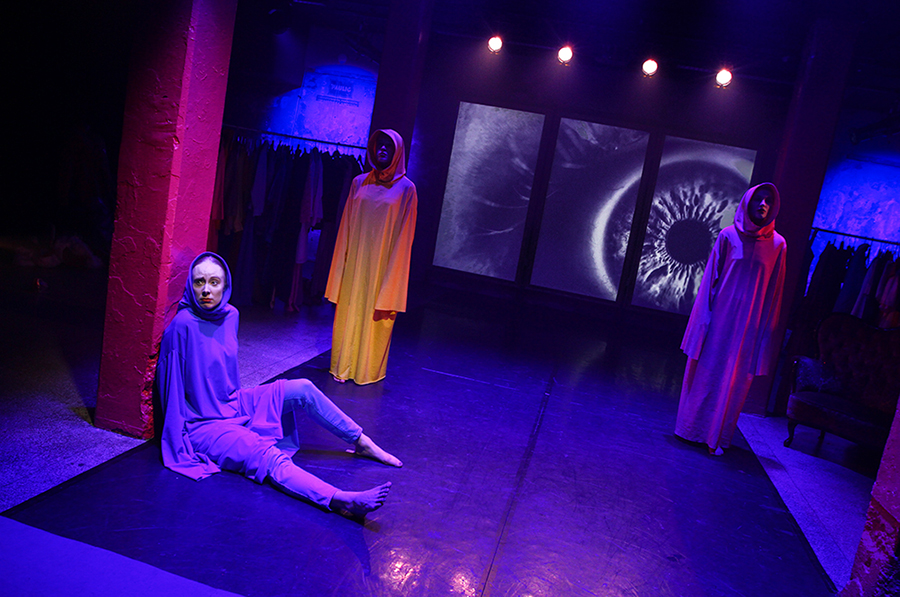 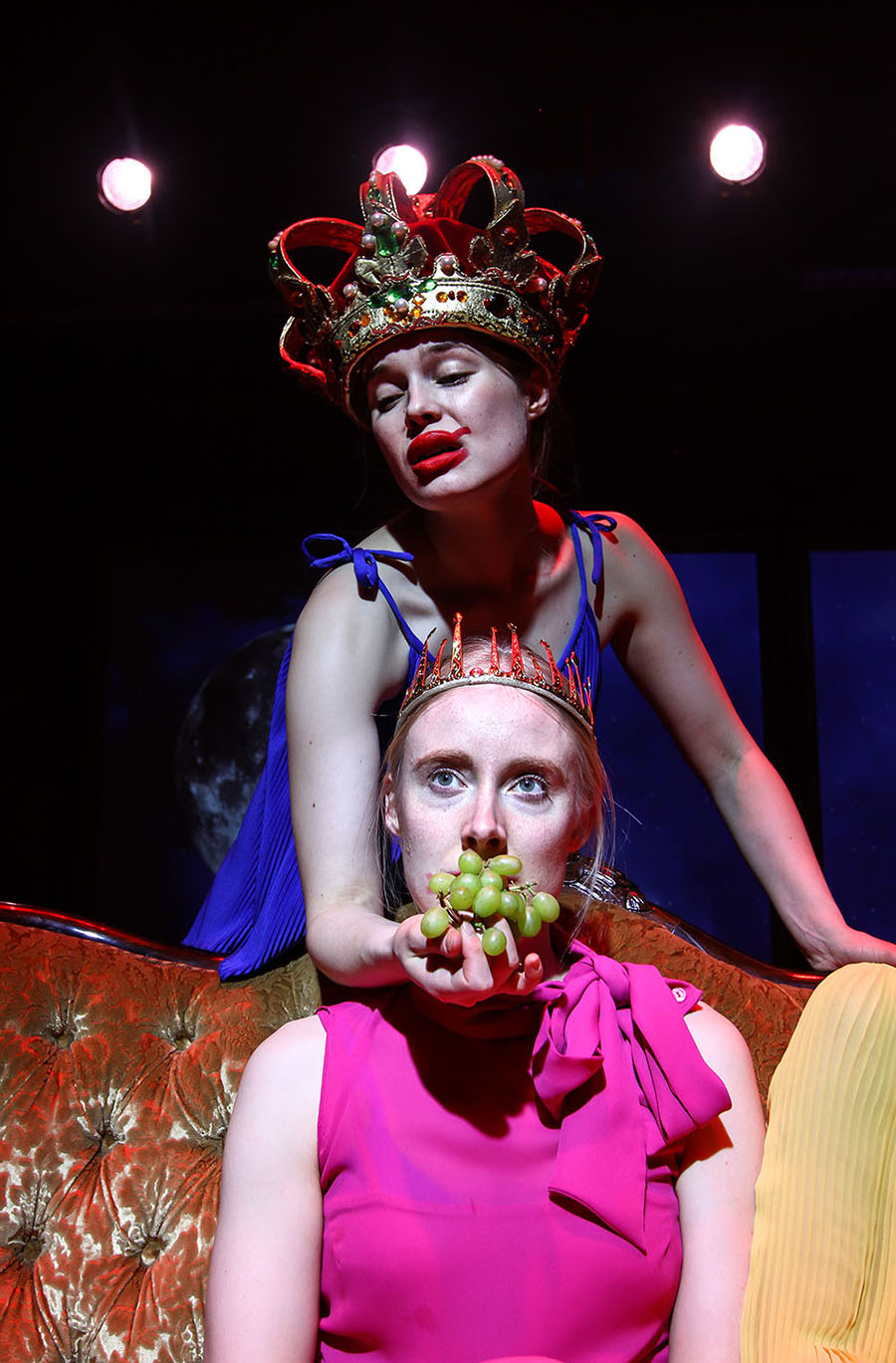 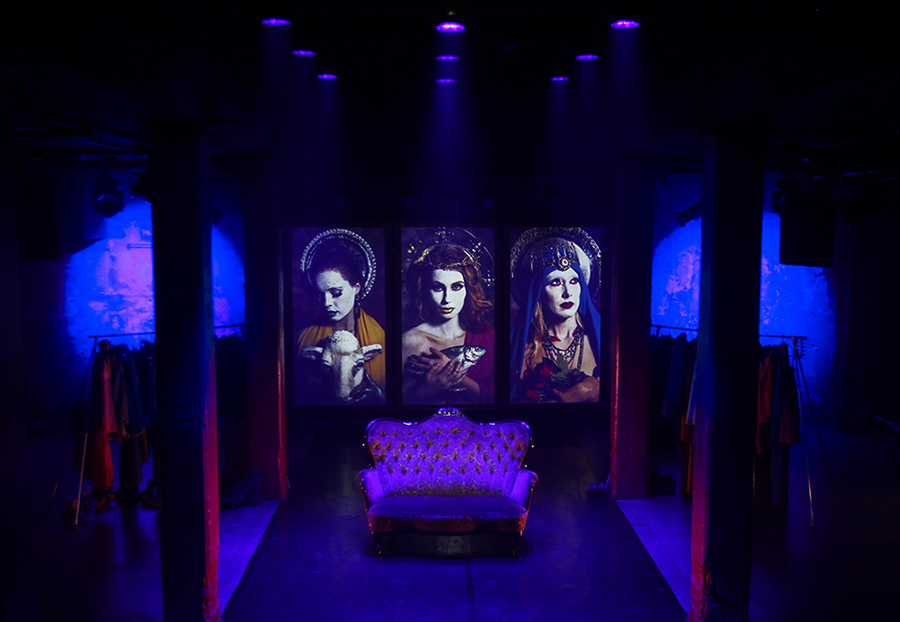 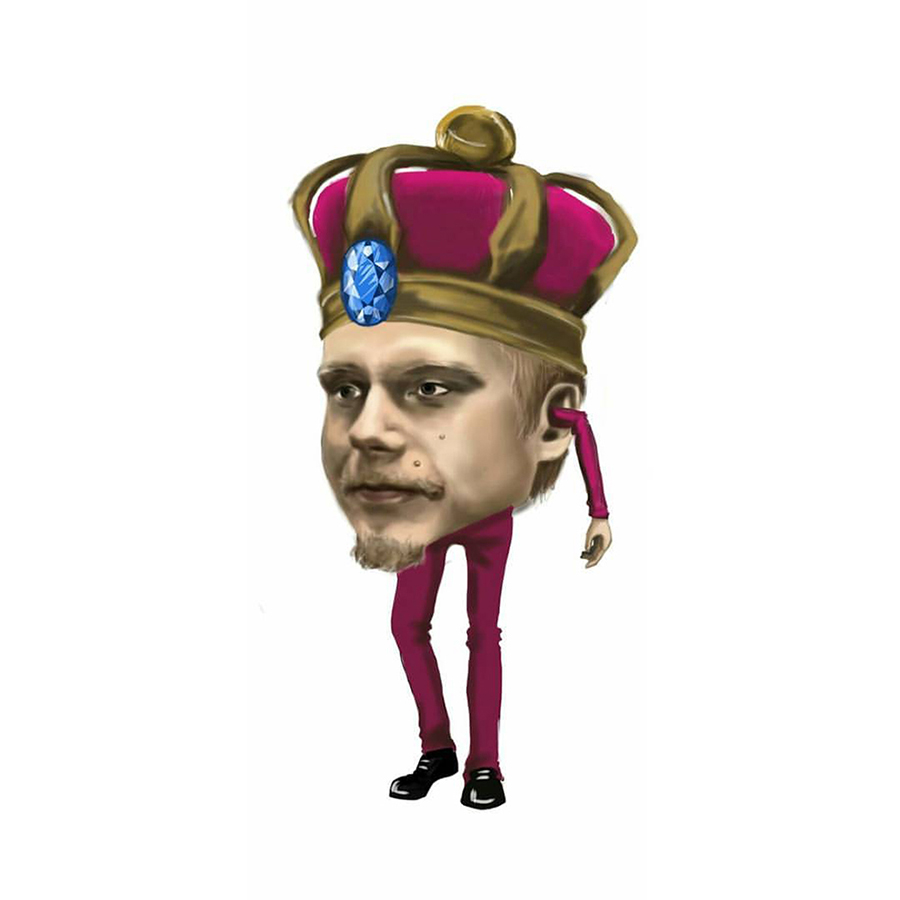 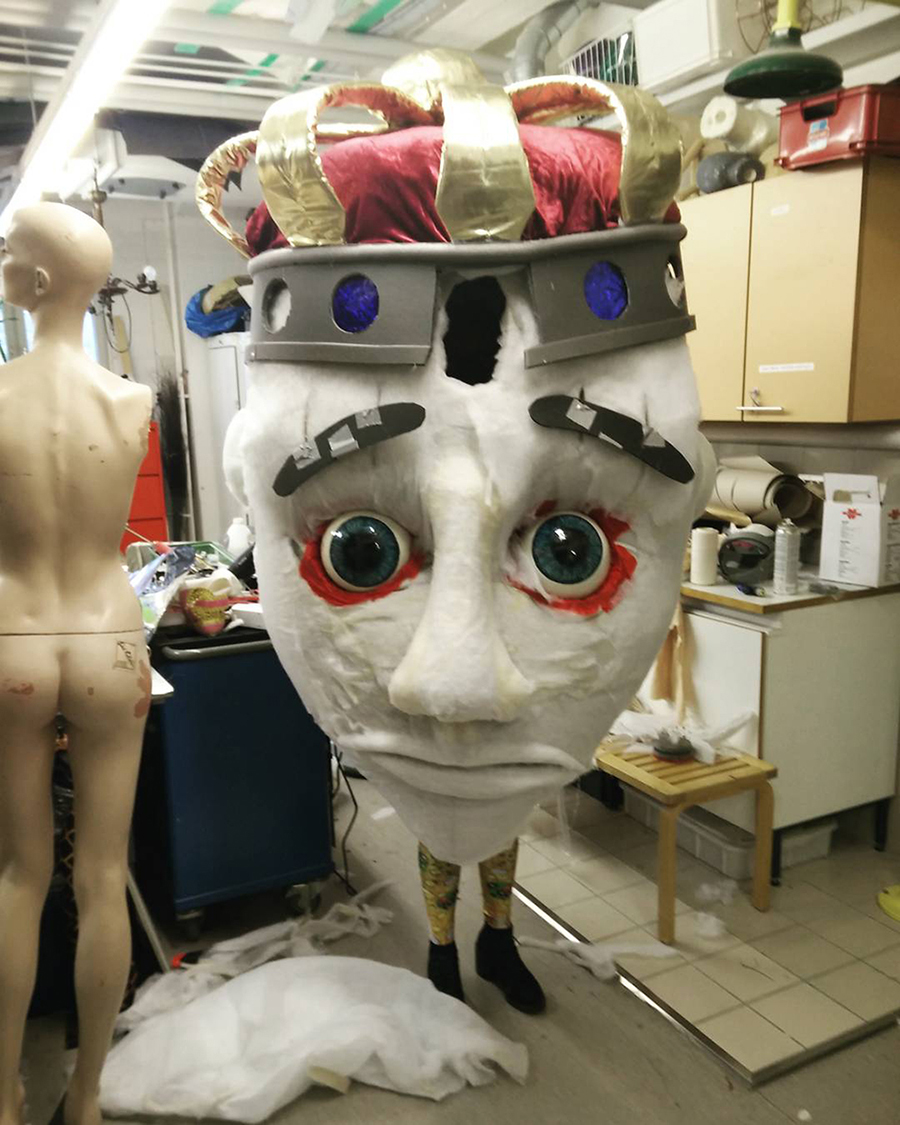 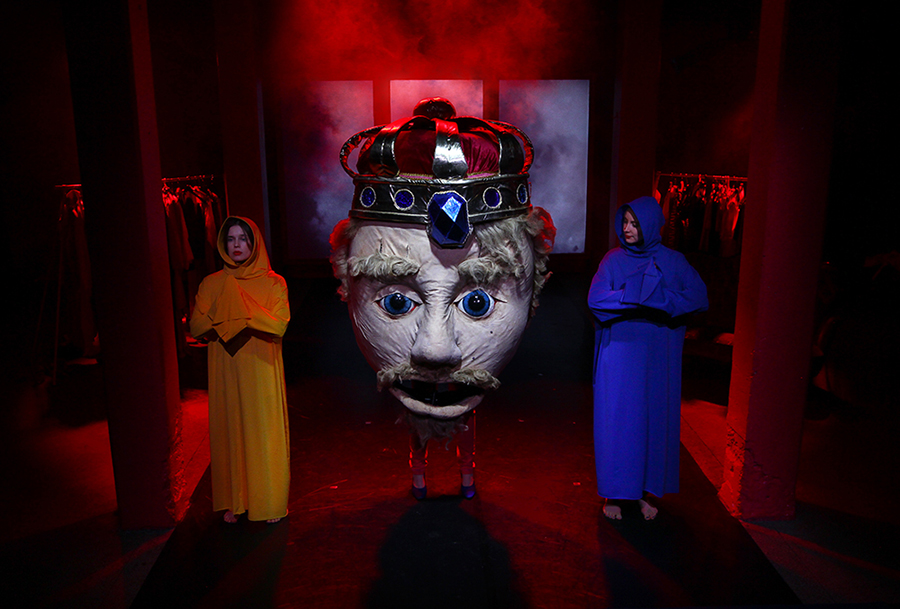 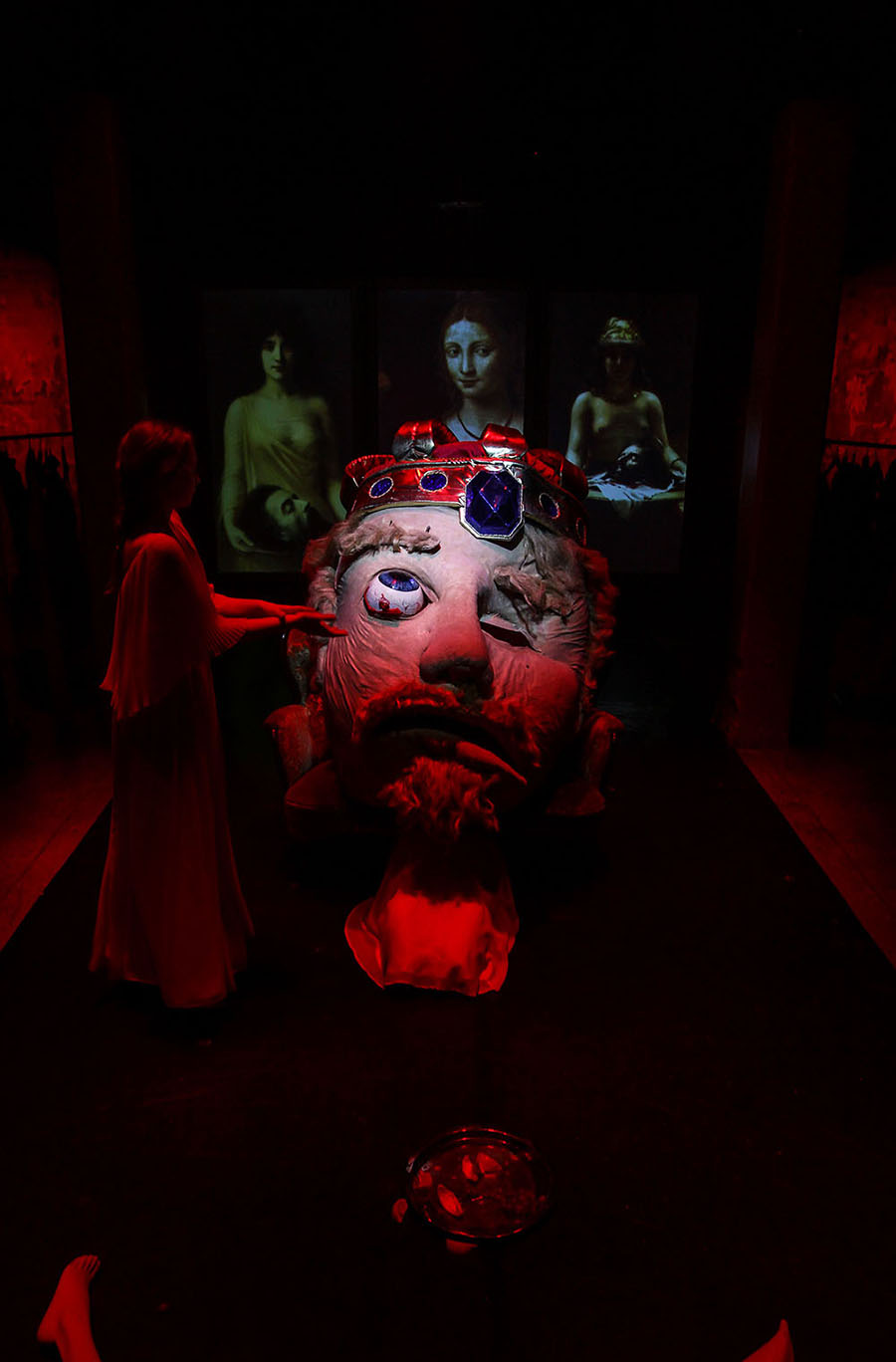